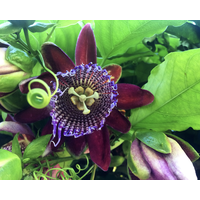 At the May meeting, the board discussed plans to fill the Secretary vacancy and two General Board member vacancies in accordance with the bylaws. In June, the board voted to fill the three vacancies, established Friends of Paraguay’s 2020 budget, and decided to maintain the same grant cycle timeline as used in previous years. Recognizing that no in-person events would be held in 2020, the board increased the grant budget from $500 to $750.

The Membership Engagement Committee proposed co-hosting monthly virtual happy hours with organizations working in Paraguay at the July meeting. In August, after expanding the mentor program to include Volunteers who had completed service within the past year, the board matched an additional six mentor-mentee pairs and prepared for its first virtual happy hour. The Grants Committee prepared to hold its annual grants cycle by reviewing and updating documents in September.

On September 1, the board co-hosted its first virtual happy hour with Artezanz, a social enterprise that connects artisans in Paraguay and Ecuador with consumers around the world. The event was a success and the board agreed to move forward with the series.

The board accepted submissions for grants throughout October. In October, the board co-hosted its second virtual happy hour with the SuperKids Foundation. While the first happy hour was in English, this event was in both Spanish and English. Attendees were especially impacted by the stories from two “kid teachers” who attended and shared their experiences.

In November, the Grants Committee met to discuss the two proposals received, from Superkids Foundation and the Bloque de Mujeres - UNA. Thanks to generous donations to Friends of Paraguay totalling $250, the committee recommended funding both proposals by awarding each organization $500. The board prepared for its annual meeting in December and co-hosted its third virtual happy hour with OPADES, an environmental education and conservation organization.

In December, the board held a successful virtual annual meeting, where members received an update on the year’s activities and heard from two mentor-mentee pairs and the SuperKids Foundation. The board appreciated Artezanz’s donation of a door prize.